A few months back I had the pleasure of being offered to be included in a big online exhibition being curated by James Austin Murray for Lyons Wier Gallery in New York City. I am honored to say it's officially live and ready to rock. It's a culmination of 51 artists from around the country. Lots of differing work for different tastes, go check it out.

Naturally when one of my works becomes a part of these exhibitions I want to share it fully. Which is why I have included a video 360 view of this freestanding painting. I love putting these on the turntable as it gives so many extra views of the work that you wouldn't have gotten anywhere else. To be able to peek in, hit that pause button and really see the work in it's entirety is something very special that will entice you deeper to connect even further. I Painted this artwork with a mixed color I had used on a previous painting. In doing so I began to see all the ways I could grow and develop the presence of this work. One night while taking it in, I had a desire to give it some white topped color which immediately brought forth the idea of mountains with snow covered peaks, or simple waves crushing down in the murky waters. I don't add much extra to my normal talks about my work since I value the viewers mind to be able to have their own visions. It's also a main reason why I refuse to give my work any sort of "normal" title. 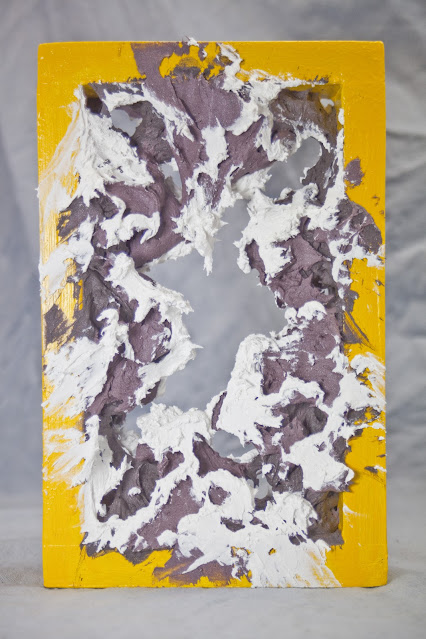 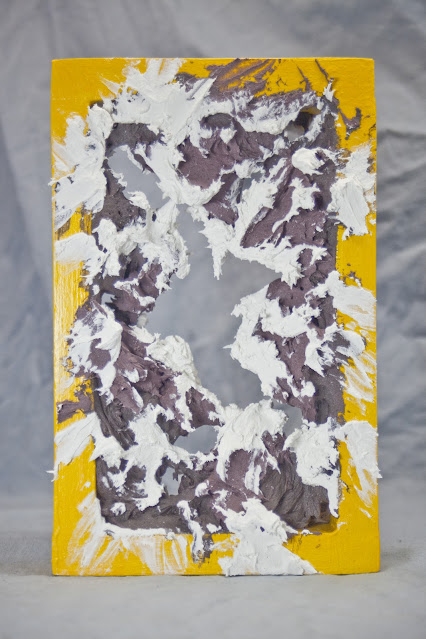 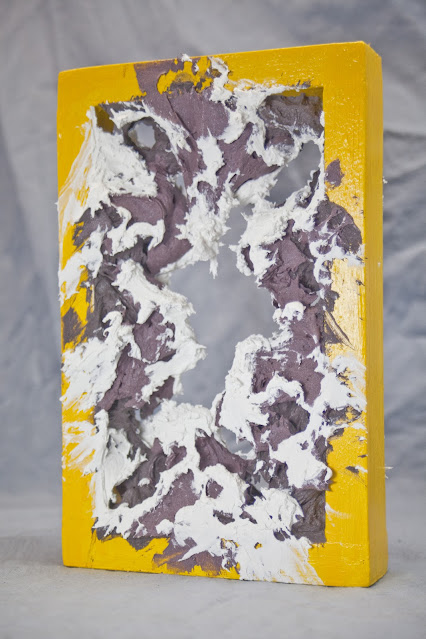 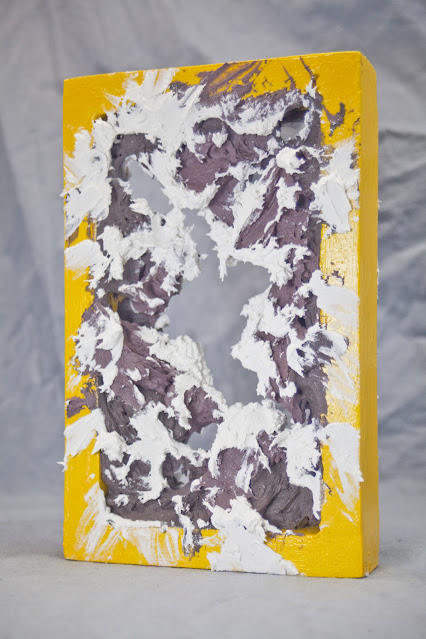 Back Side View
THANKS!
Posted by Jeffrey Collins at 6:30 PM